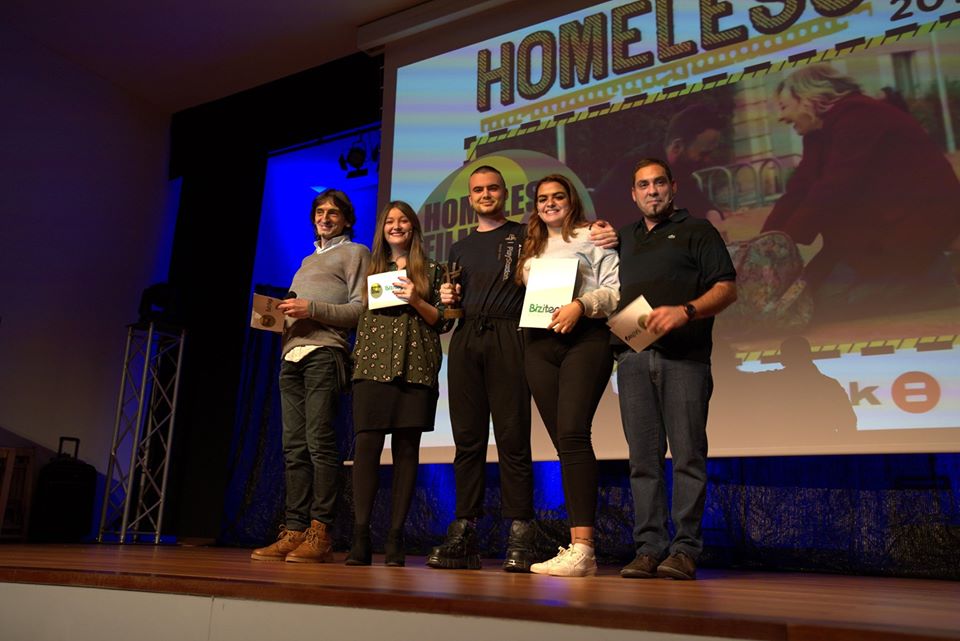 The second day of Homeless Film Festival took place with great emotion in Bilbao. The day’s theatrical day had set the bar high, but the short films prepared by students of schools and UPV / EHU and those screened in the KALEAN section of Santurzine were not far behind. 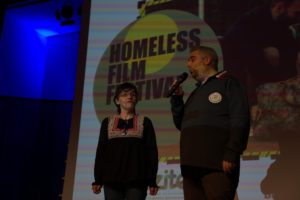 At 10.00 in the morning the screening of short films about the reality of the homeless and the short finalists of the school competition where students from Artxandape Ikastola, Begoñazpi Ikastola and IES Ibarrekolanda began. We also had the opportunity to enjoy Zenbatu’s play “Desarraigadas”.

In the afternoon, in a session directed by EITB journalist Xabier Madariaga, short films from the Kalean section of the Santurzine Festival were screened. In addition, short films made by Bizitegi users were seen and short student finalists of the Faculty of Social Sciences and Communication of the UPV / EHU were visualized.

To say goodbye to the festival in Bilbao, a lunch was held that all the audience could enjoy.